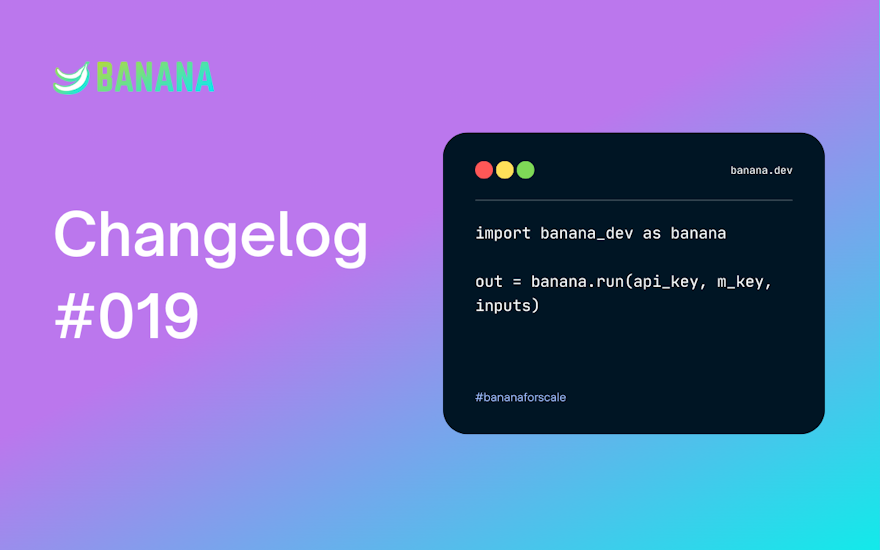 We, thanks to community member and hacker @DJT, migrated our app logic to next.js to make the entire app experience much snappier. The biggest win was in fetching runtime logs, which now return and refresh more than 6x faster than before.

We’d discovered a bug where log ingestion missed a large proportion of servers running on Banana, so we’ve fixed that and all logs should be visible now.

We discovered a blocking loop in our build pipeline, which held builds up in the “Optimizing” stage for multiple hours. While we work on solving the root cause, there is now a timeout in place so builds don’t block for hours if they hit this.

We discovered that when replicas requested shutdown after the idle timeout, the autoscaler would sometimes shut down an active replica rather than the inactive replica and leave processes unclaimed. This affected users running multiple replicas at once. The bug is now fixed, so no more random server shutdowns.

We’ve made it easier to get to doing the tasks you want (one-click models or github-built models), with clearer prompting for when/how to integrate billing or github. It also makes the free trial more clear 🙂

With the recent launch of credit rewards for programs like Buildspace, you can now see your credits as dollars in the dashboard.

Once your free trial is complete, you can also see your spend relative to your account-wide spend cap.

The banana team has added distributed tracing to calls to allow us to surface errors faster, and deeply debug any specific issues you may be facing.

If you have any feature suggestions, improvements, or bug reports, send us a message or let us know in #support or #feature-requests on Discord.